Why we do it

My two cents worth (by Michel C. Milinkovitch)

My motivation to combine evolutionary and developmental biology with genomics, physics, computer science, and mathematics is based on the realisation that most boundaries between academic disciplines are, at best, subjective. For example, some biological questions (say, the 3D geometry of skin appendages) are much closer to specific subjects classically investigated by physics scholars (mechanics) rather than by biologists. A similar realisation can be articulated for basically any pair of ‘classical academic disciplines’. Still, the ‘polymath’ or ‘Renaissance man’ figure might sound outdated or simply impossible to reach because of the impossibility to study the vast amount of knowledge accumulated in all of the classical academic disciplines. However, the latter argument does not hold because the breadth of expertise is massively large even within a single discipline: nobody can pretend to know all of ‘physics’ or all of ‘biology’. On the other hand, because confining oneself in a single ‘classical discipline’ can sometimes restrain imagination, I argue that crossing these disciplines for answering a specific scientific question — by carefully assembling skills and concepts from various scientific domains (should I say ‘cultures’?) — is highly efficient and potentially enlightening.

Obviously, this approach is not facilitated by the classical study programs of most students in most universities. Indeed, classical curricula (from undergraduate studies all the way to the situation of highly-specialised post-docs) tend to build waterproof boundaries between scientists. One reason is that a concept highly relevant for a given discipline might not be taught to students of that discipline because of historical reasons. For example, despite their unquestionable key importance in biological processes, the topics of (non-equilibrium) dynamical systems and self-organisation have only recently (and, often, superficially) been covered in the curriculum of some biologists in some universities … while these subjects are part of the basic training of most mathematicians, physicists and (sometimes) chemists. Conversely, some physicists exhibit a cultural bias that makes them a priori disregard the interest of applying their knowledge to biology under the strange (and very wrong) impression that this would not allow them to produce cutting-edge new results in physics. If you are a physicist and think that way … think twice because the physics of non-equilibria and small numbers is certainly not easy or unimportant physics.

Another, even more pervasive, reason for the lack of interactions among students of different disciplines is the extensive and unnecessary use of jargon that prevents fellow scientists to even understand each others. So, one moto in our lab is ‘cut the jargon crap’. If one cannot explain something without specialised vocabulary, not only does one fail to communicate, but it also likely means that one doesn’t deeply understand the topic discussed.

I don’t pretend that the multidisciplinary (or ‘transdisciplinary’ or ‘interdisciplinary’) approach  is the only way to go; the mono-discipline approach will certainly continue to generate fascinating, important and beautiful results. On the other hand, I tend to think that crossing disciplines can reveal new concepts and processes that cannot be uncovered otherwise. In a sense, a similar reasoning has motivated Athanasia Tzika and myself to develop new model species (as does an increasing number of researchers over the world). Not because classical model species are not useful anymore (we’ll, for sure, enjoy for many years to come the power of using model species) but because they necessarily provide a very biased view of the diversity and complexity of Life.

Finally, we are hardly pioneers. Not only do hundreds of researchers around the world share our approach, but we are also standing on the shoulders of giants. Indeed, most, if not all, of the points discussed above have been realised and put into practice by precursors whose influence on todays scientists is increasing in spectacular proportions. Obviously, each scholar will have her/his biased list of shining examples, so here is the list of my favourite post 1800’s heroes, listed by order of birthdate and excluding any scientist still alive — although some ARE on my more extensive list — to avoid making anyone jealous ;-)

Impresses me most to have — after integrating both natural history and geological data — combined stochastic processes, heritability (although this part of his model was wrong), tree-thinking and natural selection into a coherent, massively relevant, paradigm to understand  how “endless forms most beautiful and most wonderful have been, and are being, evolved". All our research is performed in the framework of biological evolution, hence, Darwin remains a key influence.

A true polymath who made multiple major contributions to mathematics and physics. Impresses me most to have developed some of the most important ideas that led to the immensely successful theory of complex dynamical systems. These concepts are so highly relevant for biological systems that Henri Poincaré had to be in the list. 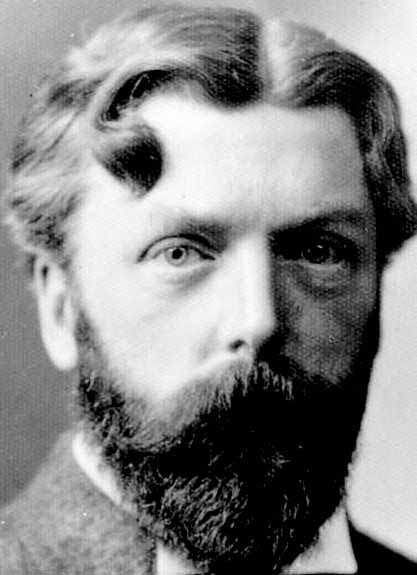 One of the very first to propose a coherent mathematical description of morphogenesis, as well as the key importance of mechanics in understanding biological shapes and forms. His influence on modern science has recently and substantially increased. His opinion/attitude against Darwinism is often overstated and we realise today that there is no contradiction between these two views of the Life’s forms key generating mechanisms.

Besides being one of the two ‘founding fathers’ of modern computers — the general principle of the modern computer was proposed by Alan Turing but modern (electronic digital) computers still use the von Neumann architecture — this genius polymath made substantial contributions to many other fields (including Mathematics, Quantum Mechanics, Game Theory). He has a special place in my heart because his concept of Cellular Automata (that he developed by hand, without the help of a computer!) was my central inspiration for our work on skin pattern formation in lizards.

This genius polymath, besides making stellar contributions to computer science (by inventing the general principle of the modern computer) and cryptanalysis (he played a key role in braking the Nazi Germany naval Enigma code), also published what can arguably be considered the most important article in the field of biological pattern formation. Using partial differential equations, he made the very elegant demonstration that two (or more) diffusing and interacting chemicals can spontaneously generate spatial inhomogeneities of concentration that could explain patterning in biological systems. This reaction-diffusion model continues to be enormously influential because of its relevance in many (but not all) patterning processes in biology. 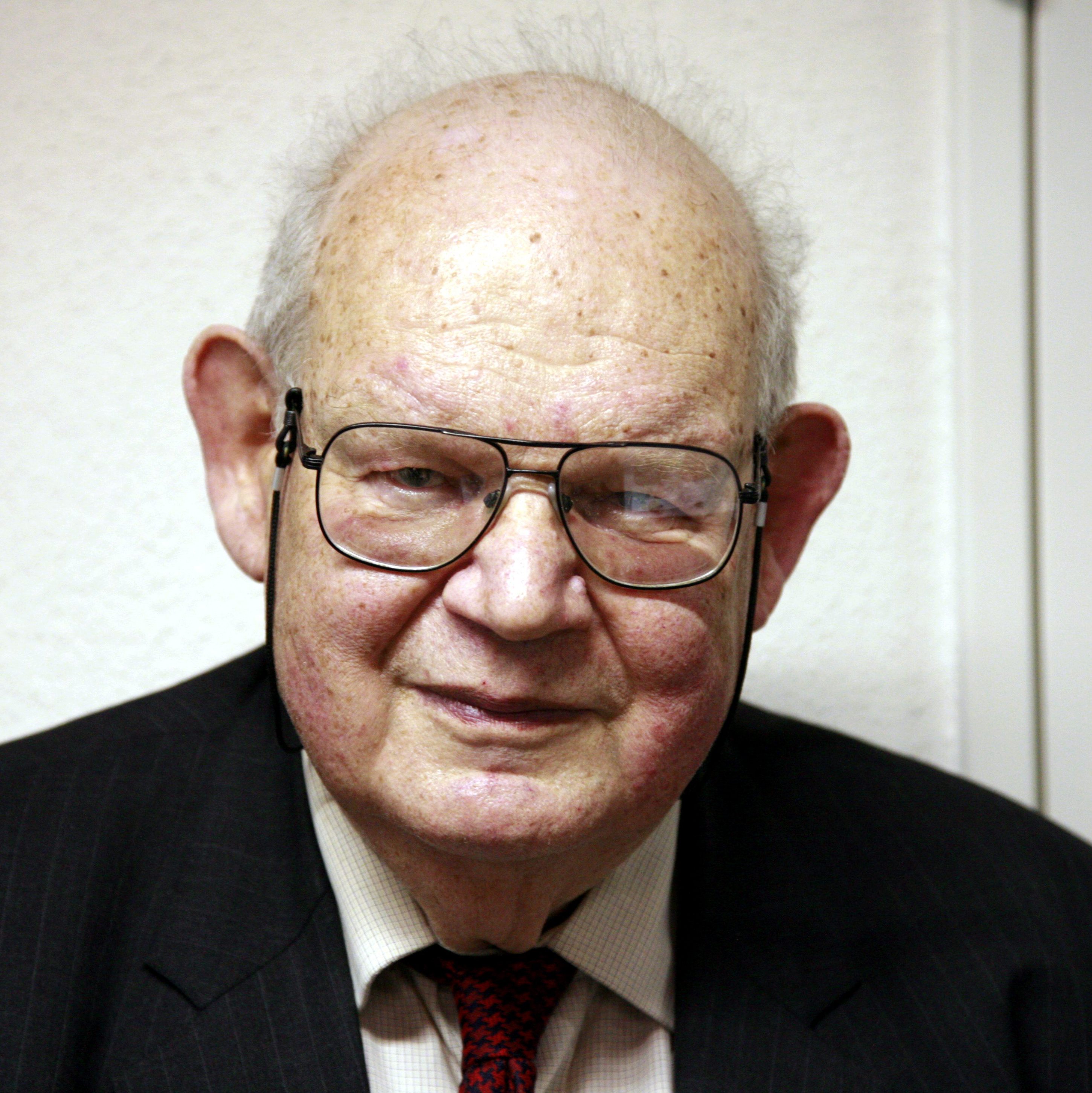 This mathematician developed the theory of ‘roughness and self-similarity in nature’. These concepts are central to fractal geometry and to the realisation that complex geometry can be generated by simple rules. His work influenced scholars in multiple disciplines, from applied mathematics to physics to biology to economics and social sciences. One of the reasons why he is in my list is that ‘Beauty’ (of fractals) was a central motivation in his work.

Note that I also don’t believe in the ‘self-made man’ myth. One always owe much to others. In that vein, I am lucky to enjoy collaborations with fantastic colleagues and friends such as Marcos Gonzalez-Gaitan,  Stanislav Smirnov, Bastien Chopard, Dirk van der Marel, Pete Vukusic and many others.

In addition, I am very grateful to my early mentors who helped me in many ways: